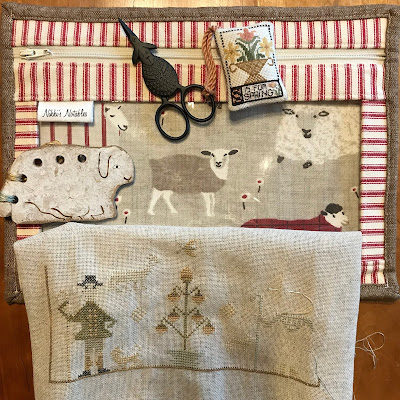 When I started Anne Marston 1843, I had planned to only stitch the bottom of the sampler. 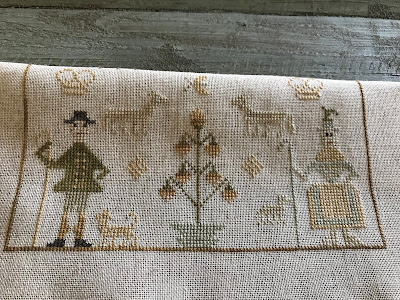 But once that was finished, I thought I should add the sweet strawberry band. 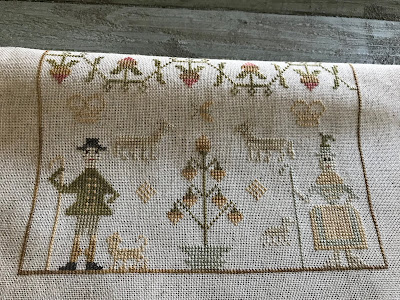 Once the strawberry band was stitched, I thought that it needed to be squared off.
And besides, that four sided stitch alphabet row was calling to me. 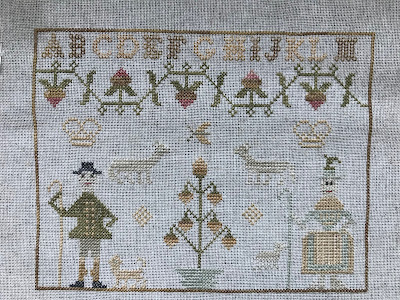 When that was done, I decided to stop. 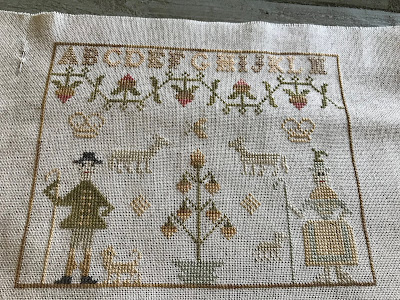 I had to as I had run out of fabric LOL! 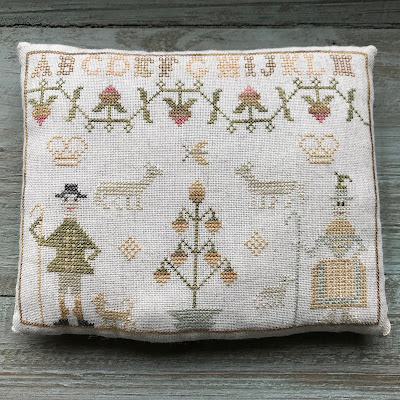 Here she is - my abbreviated version of 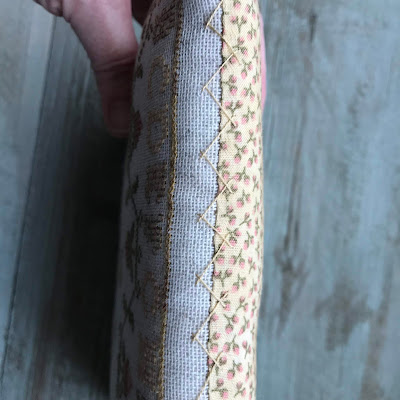 Since she is an antique reproduction, I decided to keep the finish simple
with a herringbone stitch along the seam. 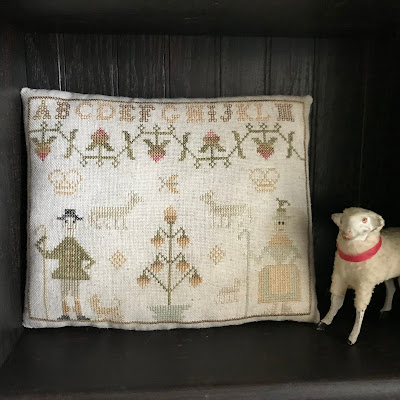 My final "March" bonus finish - now on to April projects! 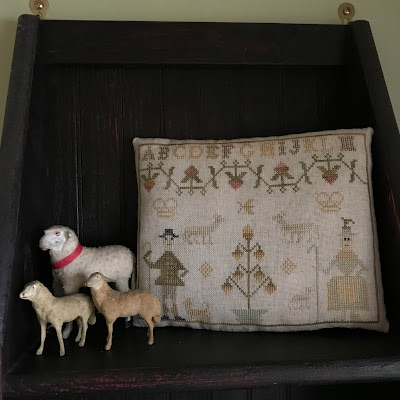 I am so glad that I squeezed this last "March" project in!

And they brought him to Jesus: and they cast their garments upon the colt, and they set Jesus thereon.
And as he went, they spread their clothes in the way.
And when he was come nigh, even now at the descent of the mount of Olives, the whole multitude of the disciples began to rejoice and praise God with a loud voice for all the mighty works that they had seen;
Saying, Blessed be the King that cometh in the name of the Lord: peace in heaven, and glory in the highest.
~Luke 19:35-38

beautiful finish my friend!!! love how simple you did the edging ~
L

Ohhhh!!!!! I LOVE it!!!! That strawberry border is so sweet, as is your finish, I’ve never tried a herringbone stitch for a cross stitch finish.... Hmmm, I will have to try to remember that (umm....if I ever get to a finish LOL). Hope your week is off to a great start! ~Robin~

I don't get it - how is everything you do just so beautiful? 😉🌷

Beautiful. What did you stuff this with?

Your version is darling. Love the herringbone stitch you used to edge your finish! Well done!

It is lovely - such beautiful colours.

Beautiful stitching...glad you had enough fabric for this beauty to evolve!!! The herringbone edge is perfect...note to self: give this a try!
Regards,
Patricia