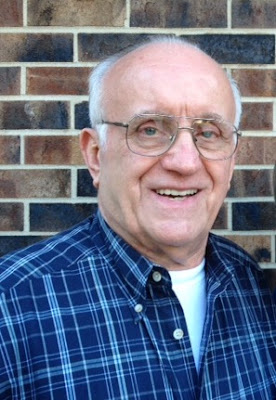 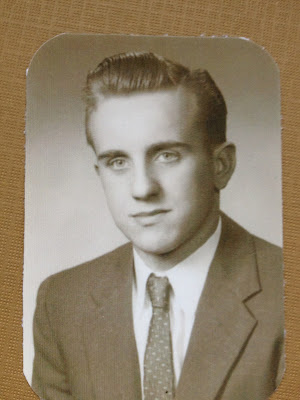 There once was a young man that lived in Chicago. He loved fast cars, tools, fishing, and telling a good story. He married his high school sweetheart on the hottest day of the year in 1959 without any fans or air conditioning, but that didn’t dampen their excitement and happiness of starting their life together.
Their wedding reception was held at the Lone Tree Inn – never guessing that they would return to that same town to raise their family some years later. 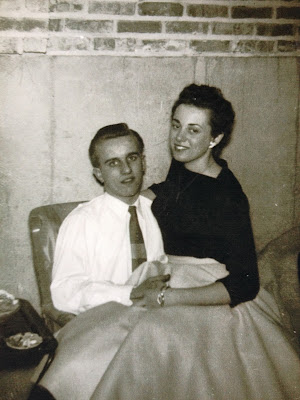 The young man worked hard, and together they set up housekeeping. 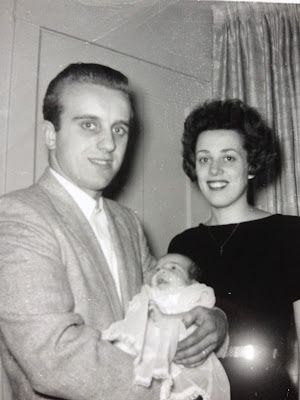 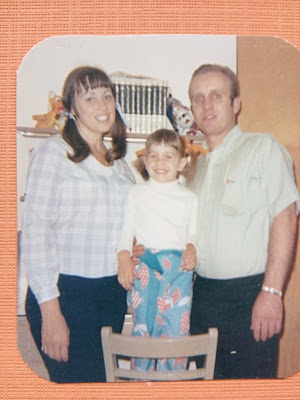 The young man worked hard as an auto mechanic, while his wife created a happy home. He enjoyed fixing the house up and making improvements. He was fond of his Pall Mall’s, Hamm’s, and card nights with other couples. 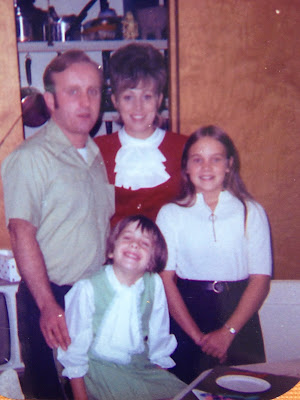 He was a man of his word. Once he promised his daughters that he would build them a rabbit hutch when he returned from a fishing trip. He returned with his arm in a sling, but wouldn’t think of letting his daughters down. Instead he created, without any plans, a two story rabbit hutch that soon housed a new pet. 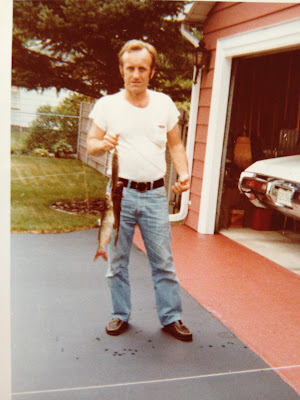 He was a man’s man – An auto mechanic by trade, an avid fisherman, and handyman extraordinaire﻿, but he was surrounded by girls at home. He soon found a new talent – creating miniatures for his girls. 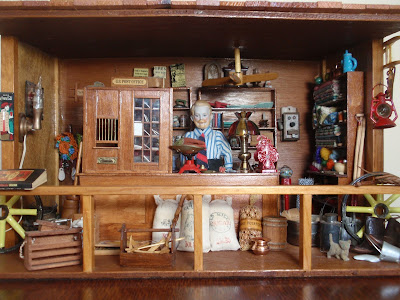 It started with a general store, but soon evolved to dollhouses complete with electricity, hardwood and tiled floors, shaker style wood shingles, and furniture and other details too numerous to mention. 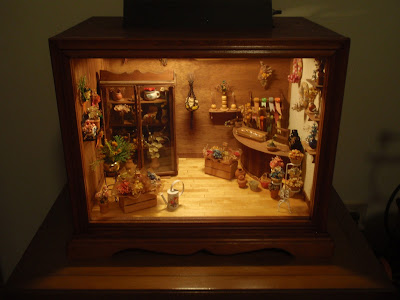 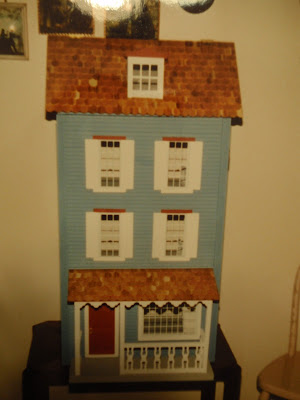 In later years there was a reproduction flower shop, to replicate the one owned by his father in law, and barns for his grandsons, too. When he worked on the miniatures, he had a patience and steadiness of hand that you just wouldn't believe. 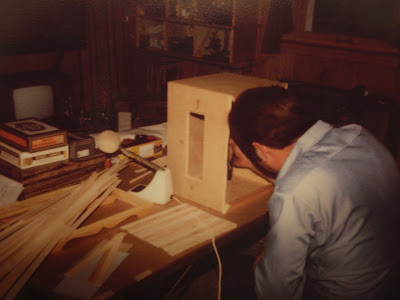 All of his creations stand as testament to his incredible workmanship, patience and ability to make something from nothing. Many of his creations are packed safely away to be shared with future generations. 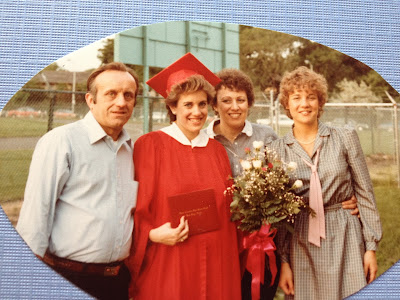 As his daughters grew older, he grew more protective. A man with big biceps and huge forearms, he could be very intimidating until the right young men appeared to court his daughters. Once they were married, it was time again for he and his wife to enjoy time antiquing and traveling. In 1988, he suffered a severe brain aneurysm, just a short time after his dear friend and colleague survived one himself. He only had a minute chance of survival and things were touch and go, but he was a fighter and exceptionally blessed to survive with only short term memory and environmental sensory issues. He was now “retired” and woodworking became a therapeutic hobby. 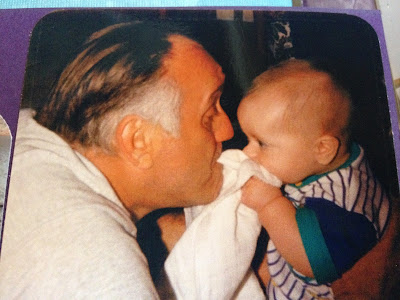 In a few short years, he took on a new role – that of beloved Papa to a granddaughter followed by three grandsons. A new playful side emerged. 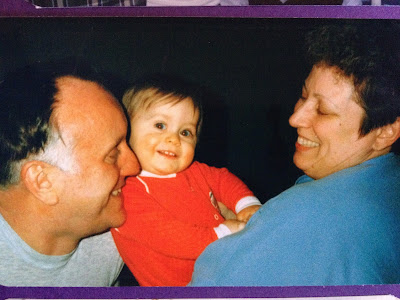 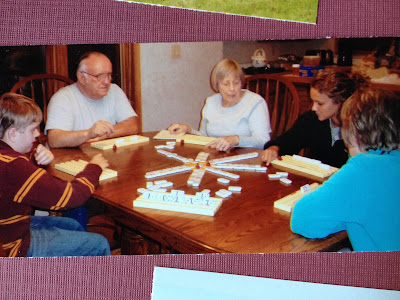 As time went on, the crowds and traffic of city and suburban life affected him more as a result of the brain aneurysm, and it was time to start a new life adventure – moving to a small town in central Illinois. Although family thought this might be a temporary move, this man and wife found a strong community of neighbors and a supportive church family where they quickly felt at home. Here, Pall Mall’s and Hamm’s were replaced by buttercream cake with extra frosting and caramel delight ice cream. 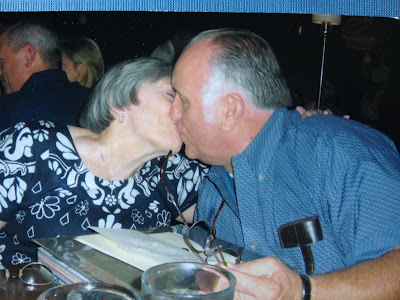 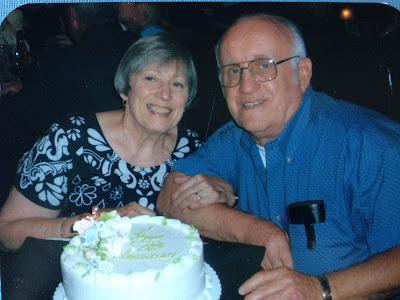 The years rolled by, when the gentleman discovered he had prostate cancer, but once again, he triumphed victorious. The years passed quickly with lunches out, Saturday church services, Dominos and Freecell games, when all too soon cancer found him again. 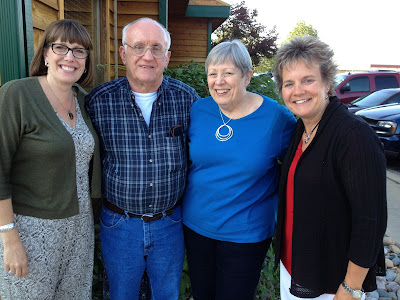 His family was so blessed to have the extra bonus years since the brain aneurysm and the prostate cancer, but now it was time to leave his earthly family and complete his journey to his heavenly home… 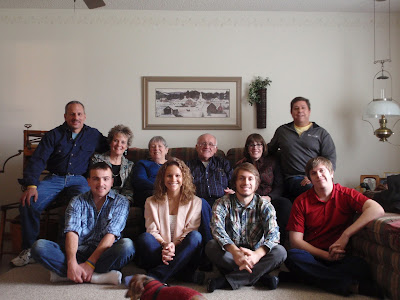 He was a good man – meticulous, a strong work ethic, who could fix anything and make something out of nothing. He passed on his love of cars to oldest daughter and her family and passed on his love of fishing to his youngest daughter and her family. He loved to go for car rides, tell a good story, and make people laugh. He was true to this even until his last days in the hospital and at home.


Rest in heavenly peace!
"My health may fail, and my spirit may grow weak,
but God remains the strength of my heart;
he is mine forever"
~Psalms 73:26
(this bible verse appeared on his granddaughter's phone as her daily reading as he took his final breaths... God's hand at work.)
Blessings, Patti
Posted by Patti at 9:29 PM 66 comments: 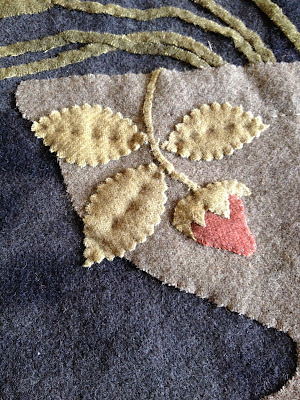 I want to thank each and every one of you for your continued prayers and support!
They have meant so much to me and my family.
Dad is now home and in hospice care.
My sister and I are splitting / alternating our time between visits with Mom & Dad
and time at work / home.
Thank goodness that there are two of us :)

It's been so long since I've had a post to share some needle love... so here it is: 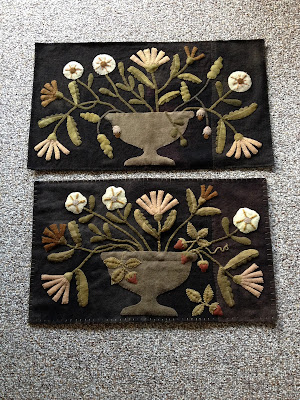 Over the summer, Mom and I decided to have a stitch along using Maggie Bonanomi's "Homestead Bouquet" and wool by Blackberry Primitives.

It was so fun to see how we both could use the same design and yet each became uniquely our own. 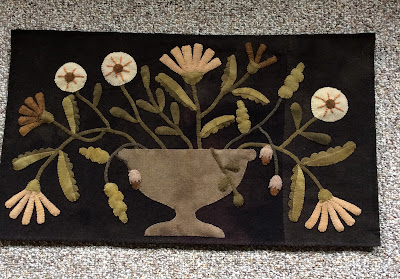 This is Mom's - her work is always perfect! Perfectly placed, perfectly stitched and perfectly squared and finished. :) 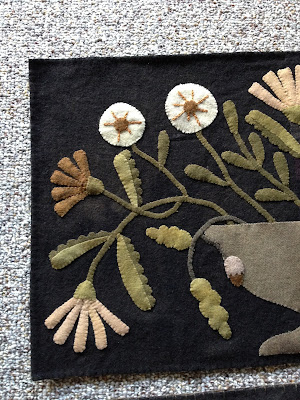 You can see the details here. 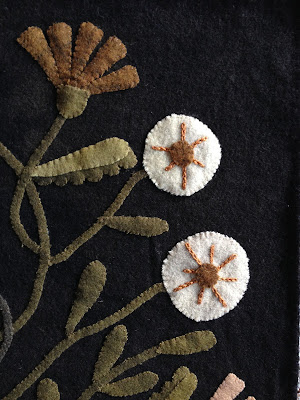 I love her stem stitching on the round flowers - wish I would have thought of that ;) 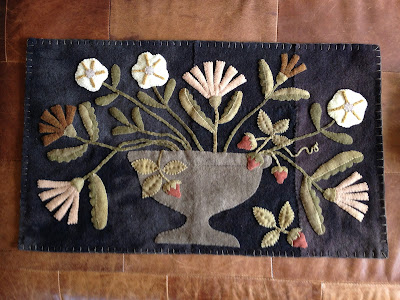 I decided I wanted mine to have a more summery look, so I swapped the oak leaves and acorns for strawberries. 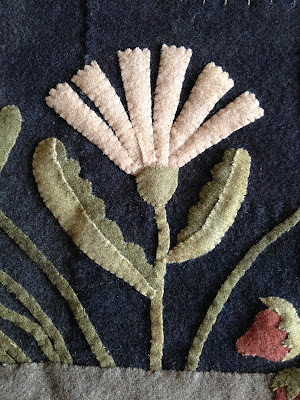 On the flower petals I used pinking shears on the ends to be reminiscent of the coreopsis blooming in my garden while stitching this piece. 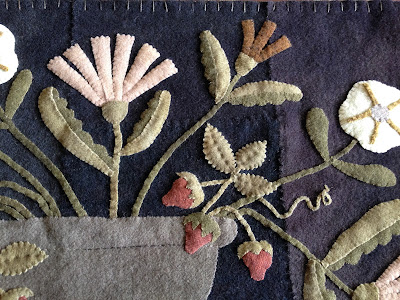 We had so much fun doing this piece together (albeit long distance), that we decided to do another stitch along... Unfortunately life has gotten in the way and we will put it aside for another day.

Whoever dwells in the shelter of the Most High
will rest in the shadow of the Almighty.
I will say of the Lord, “He is my refuge and my fortress,
my God, in whom I trust."
~Psalm 91:1-2

Thank you Kathy F. for the passage! 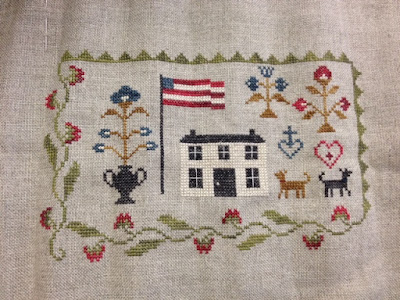 It's been a rough time lately. Times of unceasing fervent prayer. One night was spent praying unceasingly all night long. At times like this stitching brings me great comfort. The steady rythym of needle pulling thread through fabric lends cadence and focus to my prayers.
And so it continues...

"God comforts us in all our tribulation, that we may be able to comfort others..by the comfort wherewith we ourselves are comforted of God."
~2 Corinthians  1:3-4

Thank you Nicki for the passage!